Another great ride for the Danish cycling initiative Team Rynkeby has been finalized.

But let us start from the beginning because what exactly is Team Rynkeby? Well, to answer this question we need to turn back time to the year 2001.

The Danish company Rynkeby, that produce juice and fruity drinks, had the employee Knud Vilstrup who just was diagnosed with chronic obstructive pulmonary disease, causing breathing difficulties, oftentimes as a direct result of many years of smoking.

This was also the case for Knud. Knud however saw this as a call to make a change, and he wanted to get in shape and have fun while doing it. He therefor, in cooperation with Rynkeby´s Technical Director at the time arranged a bicycling trip from Denmark to Paris.

Rynkeby would support the team with 50.000 Danish Kroner and all the juice they could consume on the trip if Knud in exchange would put together a team of minimum 10 participants.

Knud managed to gather 11 riders and a helper in a minivan, they named the team “Team Rynke” and so they began the 1.200 km long journey from Denmark to Paris in just 7 days.

The ride was a success and at the end of it they still had 38.000 Danish Kroner left. They therefor decided to donate the money for the children cancer department at Odense University Hospital.

An idea and a concept were born, and since then the team has been named “Team Rynkeby” and has grown into a large initiative that by the last numbers show to have 2.400 riders across the world that participate in the ride.

The donations have increased as well, not only the Danish donations, but more and more countries donate to the initiative. Besides Denmark, Sweden, Finland, Norway, Faroe Islands, Iceland, Germany, Switzerland, and Australia are amongst those donating countries. Last year over 72 million Danish kroner was donated to help critical ill children.

Today many companies, just like AP Services, sponsor and support the team, making the ride possible year after year, and making sure that the donations for the critical ill children can increase and make a lifesaving or life quality increasing difference for the children and their families.

This year AP Services sponsored medical equipment for the riders, making the trip as safe as possible so they could focus on the task ahead. -To get in shape and have fun while doing it.

We have the deepest respect for every Team Rynkeby participant and rider, their achievements, and large donations.

You guys make a valuable difference. 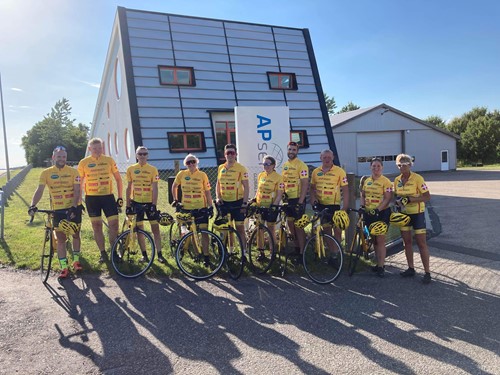 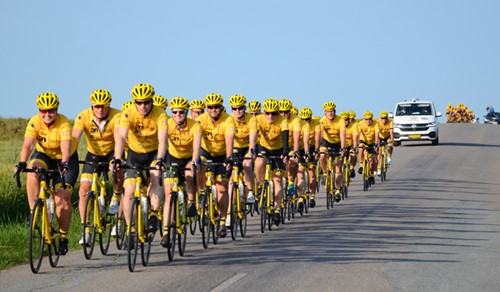 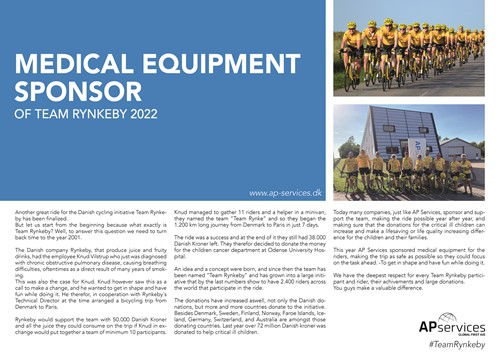